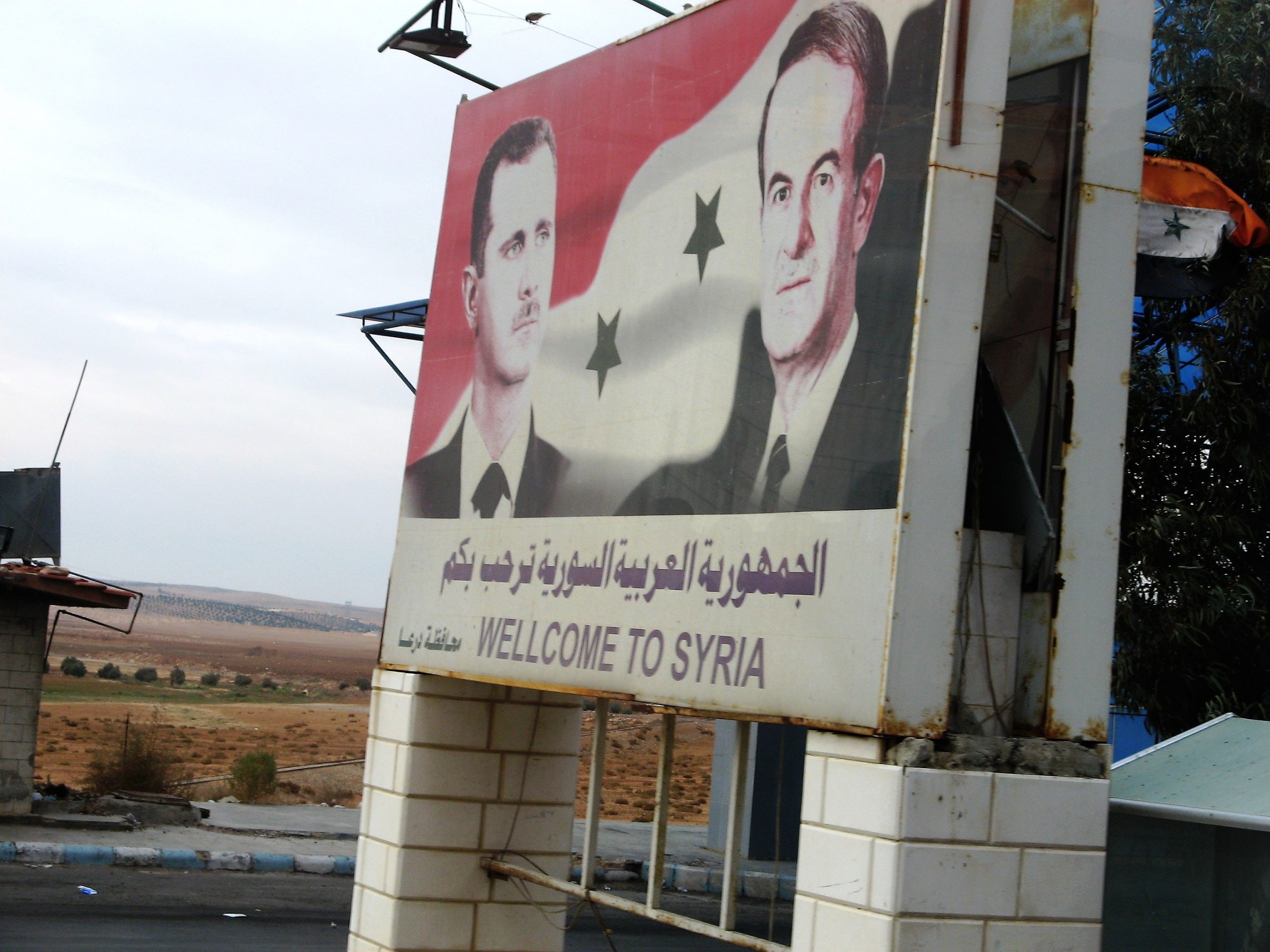 In December 2006 more than 130 South Africans went on a 2 week tour through 5 countries in the Middle East. After the previous 9 days in Egypt, Jordan and Palestine we would proceed by bus from Amman to Damascus on our 10th day.

We arrived at the Syrian Nassib border control in the early afternoon.

We were welcomed by images of this man that we would unfortunately all learn the name of one day.

We arrived in central Damascus that evening and checked into our hotel. I wonder if is still exists today?

Damascus was so full of life!

We embarked on a walking tour of the massive Hamadia Souk.

We then arrived at the majestic Ommayyid Masjid where we learned that the head of Yahya A.S. (John the Baptist) is housed there. When Eesa A.S. (Jesus) returns to Earth one day, he will descend from a the minaret on this masjid, etc).

I don’t believe that I will have the opportunity to stand in that spot in the masjid again in my life time.

The Omayyid mosque in Aleppo was destroyed. I have read that the Umayyad mosque in Damascus was damaged but I haven’t been able to find any recent images of it.

We returned to out hotel for a later dinner on that first night.

On our 11th morning we visited the graves of Hazrat Bilal (R.A.) and Jaffer ibn Abi Talib.

It began to snow as we were making a day trip to Homs.

Our only interest in Homs was the Khaled bin Walid mosque.

Khalid bin Walid was given the title of “The Sword of God” for his military prowess and tactics.

It’s a good thing that we visited this site when we had the opportunity as Assad’s forces have now destroyed it.

We had a light lunch in a restaurant in Homs that afternoon.

I recall us ordering extra kebab.

We got caught in a snow storm heading back to Damascus. It took us over 5 hours. We had dinner at the hotel.

Some of us young people wanted to go out for chai. We found a local minibus and got the driver to take us to a once cool coffee shop on a hill overlooking the city.

They offered some appertisers (which we had to pay for) with the chai we ordered.

Overlooking Damascus at night before the war.

On the 12th morning we had brunch at a restaurant in Damascus.

Some of us did some final shopping in a few shops nearby.

We then boarded the bus and headed towards the border.

We would exit Syria at the Al Joedeh border alongside Lebanon.

I remember some of us chilling in the snow.

The final pictures I have of Syria are of one of the worst persons in history.