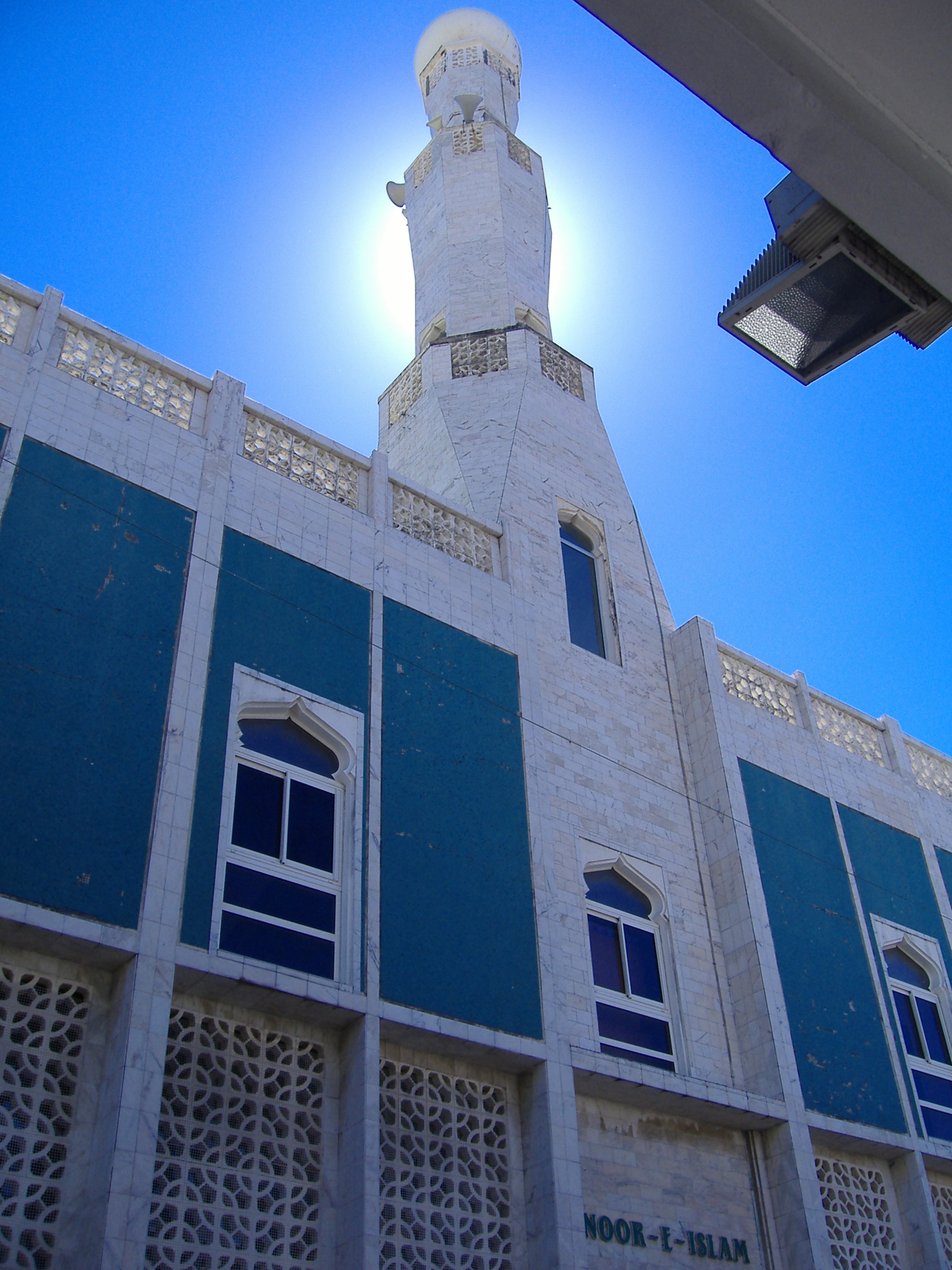 Reunion Island has a population of just over 800 000 people is a multicultural society with people from a variety of religions. The predominant religion is Roman Catholic Christianity.  Hinduism, Islam, Buddhism and Judaism are also practiced on the island.

Both Sunni and Shi’ite Islam are followed on Reunion Island, although the majority are Sunni followers. The first wave of Muslims arrived on the island from India around 1850. At the end of the 19th century and early 20th century more Muslim traders from western India (Gujarat) arrived to settle on Reunion Island.  Today there are Muslims who are originally from India, Pakistan and Comoros settled and fully integrated into Reunion Island society.

Mosques are present in 12 communes (towns) on Reunion Island. Noor-e-Islam is the oldest mosque in France. It was the first mosque to be inaugurated on French territory on 28 November 1905 in St. Denis, Reunion Island.

View a full list of mosques on Reunion Island here.

Here is an overlay of some of the mosques in Reunion Island on Google Maps:

To view prayer times check out the prayer timetable on IslamicFinder here.

Traveler’s to Reunion Island need not worry about access to halal food.

Somebody has also created a useful overlay of some of the halal establishments on Reunion Island on Google Maps.

Check it out below.

Remember to check the Commission de Serveillance du Halal de La Reunion site and the local food establishment when you arrive for the latest status on their halal certification.

I have asked a local Muslim on Reunion Island for some recommendations on good restaurants to visit.

These are the top recommendations:

– Shams Restaurant in St. Denis – http://www.shams.re/ (P.S. Turn down your PC volume before clicking on the link)

– Resto Plus in St. Pierre – find it on Foursquare here

Read more about why travelling to Reunion Island is at the top of my bucket-list here, and view the draft 2 week hiking & adventure itinerary I have prepared here.

Update: I did finally visit Reunion Island in December 2015. Some expectations were met, but the trip was not without its challenges. Here’s my article on it: Reunion Island as a summer destination?