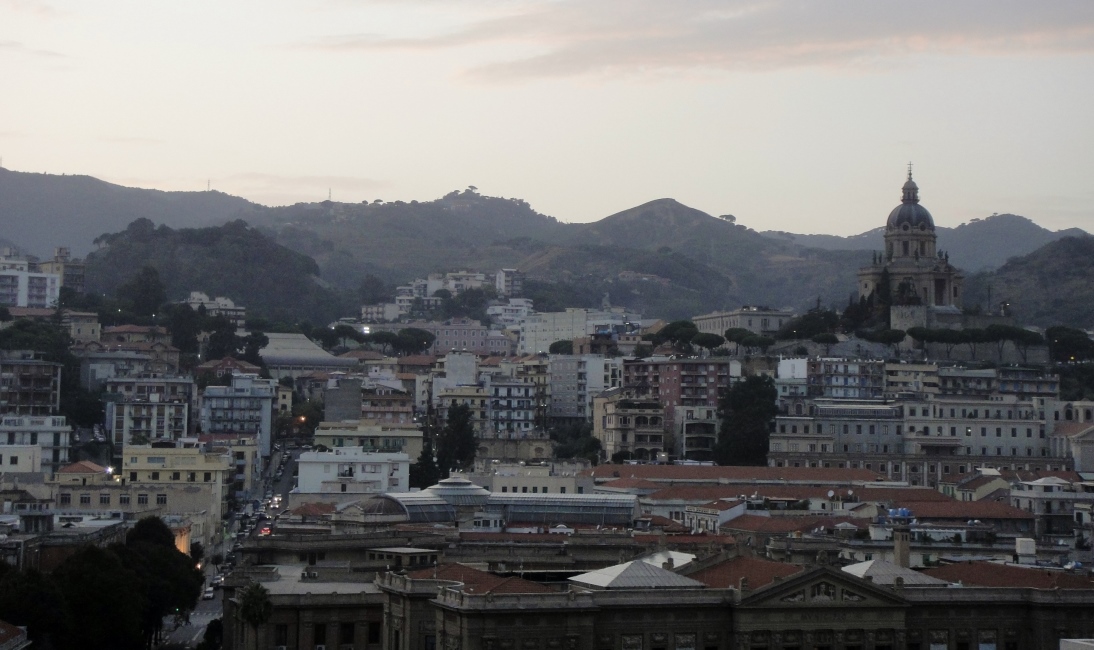 I spent a few hours in the town of Messina on the Island of Sicily which is separated from mainland Italy by the Strait of Messina. I reached Messina by cruise ship and managed to spend a few hours in town, near the port. Messina can also be reached from the mainland by train.

Early in the day I managed to catch a glimpse of the Italian Mafia:

I’m just joking – it’s just a family celebrating a wedding at a church close to the Port in Messina.

Messina is a beautiful and traditional town that looks like it possesses rich culture and history.

The town is lined up with an number of great looking street-side cafes.

Particularly tasty are the granitas which originated in Sicily but are now offered throughout Italy and the Torta di Gelato (ice cream in a bread roll).

I had a coffee flavoured drink but the granita is also popular in strawberry, almond and mandarin.

There are a few sites to see close to the port but be cautioned that if you visit on a Sunday (like I did) most of the attractions and restaurants are closed during siesta (from 1 – 5pm).

Most people take tourist busses further out of town to see more famous attractions, particularly the villages and other attractions related to the filming of  “The Godfather” movies.

An interesting sight entering / leaving the Port of Messina is the tall statue of Madonnina, which looks great when it is lit-up at night.

3 thoughts on “Visiting the Island of Sicily, Italy”