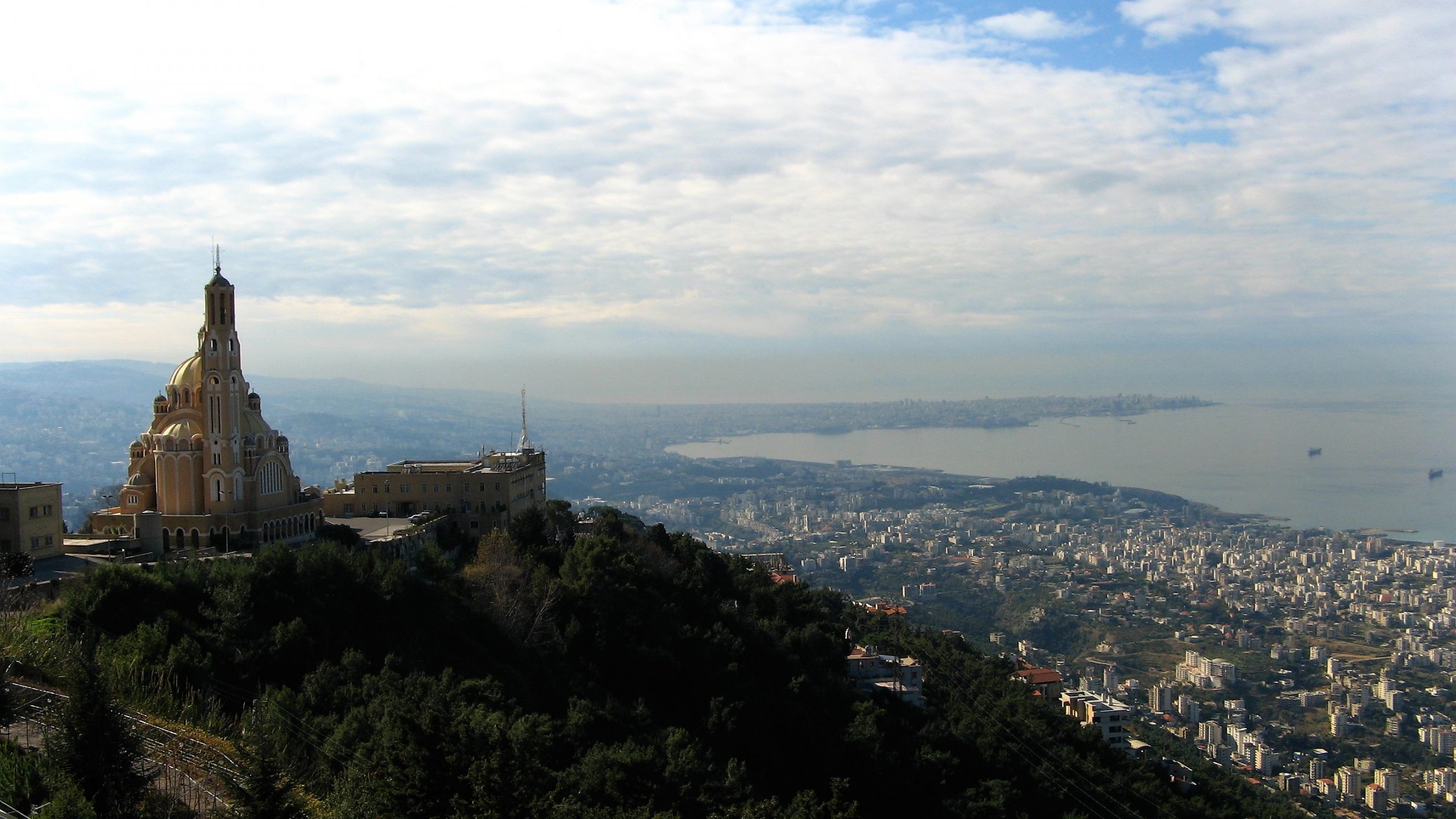 In December 2006 more than 130 South Africans went on a 2 week tour through 5 countries in the Middle East. After the previous 11 days in Egypt, Jordan, Palestine and Syria we would proceed by bus from Damascus to Beirut.

Day 12: After leaving the Syrian border post we descended down the mountain range towards Beirut.

We had to make a brief stop to add chains around the bus tyres so that we could travel safely in the snow.

With all the braking I remember those of us seated at the back of the bus were complaining about smoke and a burning smell.

A new tourist guide joined us for this final destination on our trip.

We were all stoked upon arrival at the smart and stylish Le Meridien hotel in Beirut.

We walked around our hotel. Although most shops were closed on that first night, we managed to find an open cafe.

My alarm never ring on our penultimate morning. I thought that I missed the bus but thankfully I wasn’t the only person who was late.

We took a drive along the coast where the guide pointed out highlights of the surrounding area.

First stop was at Moussa Castle which was built by one man – a fascinating story.

Lunch was at Barouk Palace.

We needed to warm our hands by the fire after some light snow-fighting outside.

We passed the Mdeirej Bridge which the Israeli air force had bombed a few months prior.

This was the final night of the tour,

On day 14, the final day and Eid-ul-Adha we prayed at a local mosque in Beirut.

We then visited the Jeita Grotto (caves with stalactites and stalagmites) – no pics were allowed inside.

After lunch and a farewell speech by the tour leaders this was followed by a visit to our final site, Harissa – “the lady of Lebanon”

Some said their final goodbyes in the bus.

The final stop was the airport.

We were flying to Cairo where I would spend a few extra days in Egypt while most people would connect for another flight to South Africa.

This was a trip where I can state good friendships were made, and they continue to last more than a decade later.