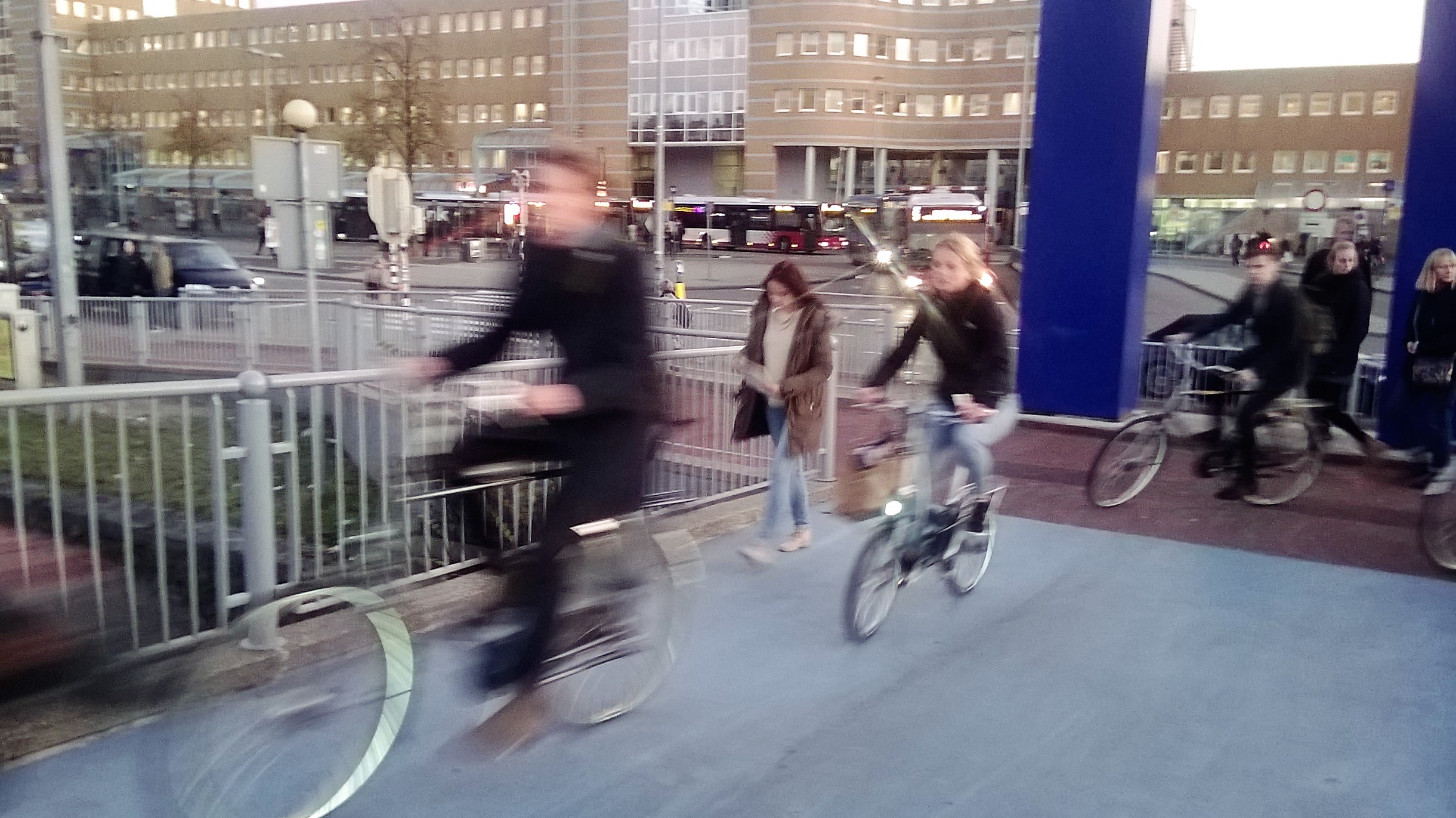 I awoke early this morning for my 1150am flight from Athens to Amsterdam. I had breakfast at 0800am but only left the hostel at 0930am. There’s always some last minute packing that takes up time. When I reached the train station I couldn’t find my complimentary airport rail ticket and there was no time to search through my luggage so I purchased a new ticket. I was on the 0950am train to the airport, but unfortunately this was not a direct train to the airport. With less than 2 hours before take-off I had to wait at another train station for 20 minutes for a connecting train to the airport.

I was also a bit uneasy as I realised that in my hurry to board the train I forgot to validate my train ticket. Thankfully nobody inspected the tickets on that trip.

The train pulled into the airport rail station at 1050 am and I ran! Technically, check-in closes 40 minutes before the flight so I was still about 20 minutes early.

After checking in my luggage I admit to pausing to connect to the free airport WiFi before going through passport control and boarding the plane. The Transavia plane landed in Amsterdam around 1415 but I still had to wait at the baggage carousel for 30 minutes to retrieve my belongings.

I managed to purchase a train ticket from the train station that is within the airport at 1450 for the 1503 direct train from Amsterdam to Groningen. There was just enough time for me to get a drink from the vending machine.

I met Rachel on the train station platform. She was one of the TBEX bloggers who was also on the cruise ship with me the previous day. She lives in Groningen and was a little amused that I’d spend the first day of my first trip to the Netherlands in Groningen, just to visit a not so popular climbing facility.

We were in the silent compartment of the train so we were not allowed to chat much. Surprisingly though, that train had free high speed WiFi connectivity to the internet so I used the time to make some plans in Groningen (to email the Bjoeks climbing facility and request a climbing session with an instructor the next day).

Once we arrived in Groningen (just over 2 hours later) Rachel showed me the central train station’s grand forecourt which has frescos, murals and other decorations that have been restored after much of it was covered up for decades. It was very beautiful. There was also a piano that was added to that hall recently.

She then pointed out the bus station to me and in the direction I needed to make a short walk to get to my accommodation for the night.

I found the number of cyclists in Groningen very surprising. You have to watch your step as a pedestrian as there are so many cyclists. There are dedicated cycling lanes but a pedestrian has to share some paths with the cyclists.

I had the classical Flight of the Bumblebee song running in my mind whenever I saw these cyclists whizzing by:

Once I arrived at Bud Gett Hostel I rested a little. I had booked a 2 sleeper en-suite private dorm for myself. The facilities were quite decent.

The sun had already set and I was now hungry as I hadn’t eaten any lunch except for an emergency energy bar that I carried in my backpack. There were a few Turkish doner restaurants around but it didn’t look like they served halal food to me (there was ham on the menu).

I asked the hostel receptionist to recommend me a good pizza place and he pointed me to Restaurant Romantico which is next to the hostel. They did make a good pizza, in a good looking restaurant. I retired to bed early as I’d be going to see Excalibur the next day.